Lawmakers in California will begin debate next month on a bill that would require doctors to screen new moms for mental health problems — once while they’re pregnant and again after they give birth.

But many obstetricians and pediatricians bristle at the idea, saying they are afraid to screen new moms for depression and anxiety.

“What are you going to do with those people who screen positive?” said Dr. Laura Sirott, an OB-GYN who practices in Pasadena. “Some providers have nowhere to send them.”

Nationally, depression affects up to 1 in 7 women during or after pregnancy, according to the American Psychological Association.

And of women who screen positive for the condition, 78 percent don’t get mental health treatment, according to a 2015 research review published in the journal Obstetrics & Gynecology.

She said it’s also hard to find a psychiatrist who is trained in the complexities of prescribing medications to pregnant or breastfeeding women, and who is willing to treat them, especially in rural areas.

“So it’s very frustrating,” Sirott said, “to ask patients about a problem and then not have any way to solve that problem.”

Moms are frustrated, too. After the baby comes, no one asks about the baby’s mother anymore.

Wendy Root Askew struggled for years to get pregnant, and when she finally did, her anxiety got worse. She couldn’t stop worrying that something would go wrong.

“And then, after I had my son, I would have these dreams where someone would come to the door and they would say, ‘Well, you know, we’re just going to wait two weeks to see if you get to keep your baby or not,’” Root Askew said. “And it really impacted my ability to bond with him.” 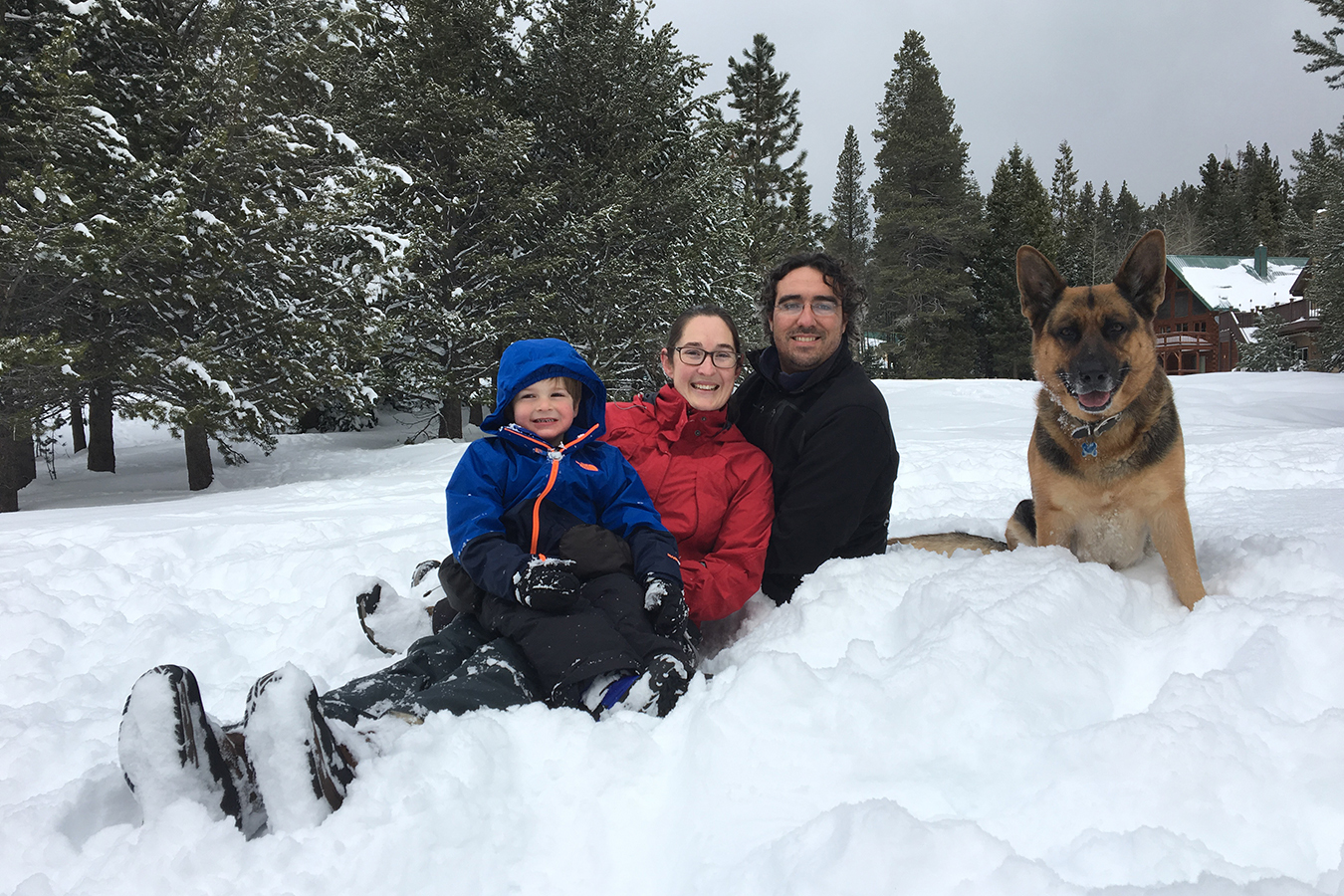 Wendy and Dominick Root Askew with their son. When the little boy (now 6) was born, Wendy struggled with postpartum depression. (Courtesy of Wendy Root Askew)

She likes California’s bill, AB 2193, because it goes beyond mandated screening. It would require health insurance companies to set up case management programs to help moms find a therapist, and connect obstetricians or pediatricians to a psychiatric specialist.

“Just like we have case management programs for patients who have diabetes or sleep issues or back pain, a case management program requires the insurance company to take some ownership of making sure their patients are getting the treatment they need to be healthy,” said Root Askew, who is now advocating for the bill on behalf of the group 2020 Mom.

Health insurance companies haven’t taken a position on the legislation. It’s unclear how much it would cost them to comply, because some already have infrastructure in place for case management programs, and some do not. But there is consensus among insurers and health advocates that such programs save money in the long run.

a study published in Psychiatric Services in 2015.

Even with California’s extra requirement that insurance companies facilitate care, women could still face high copays or limits on the number of therapy sessions. Or, the new mothers might be so overwhelmed with their care for a newborn, that it would be difficult to add anything to their busy schedules.

What does seem to work, according to the study of mandated screening in other states, is when nurses or mental health providers visit new moms at home.

“Despite abundant goodwill, there is no evidence that state policies are addressing this great need,” the study’s authors report.

Supporters of California’s proposed bill, however, say doctors need to start somewhere. Screening is the first step in recognizing the full scope of the problem, said Dr. Nirmaljit Dhami, a Mountain View, Calif., psychiatrist. Women should be screened on an ongoing basis throughout pregnancy and for a year after birth, Dhami said, not just once or twice as the bill requires.

“I often tell doctors that if you don’t know that somebody is suicidal it doesn’t mean that their suicidality will go away,” she said. “If you don’t ask, the risk is the same.”

This story is part of a partnership that includes KQED, NPR and Kaiser Health News.

KHN’s coverage of women’s health care issues is supported in part by The David and Lucile Packard Foundation.