WASHINGTON — For today, there are no doctor’s visits. No long afternoons with nothing to do. No struggles over bathing — or not.

At the National Gallery of Art in Washington, D.C., a group of older adults — some in wheelchairs, some with Alzheimer’s — and their caregivers sit in a semicircle around a haunting portrait of a woman in white.

“Now, let your eyes wander all over the painting. Take it all in. What do you think is going on?”

“This is such a gift,” Bill Fanning, 77, Marie’s husband and caregiver, said of the outing. 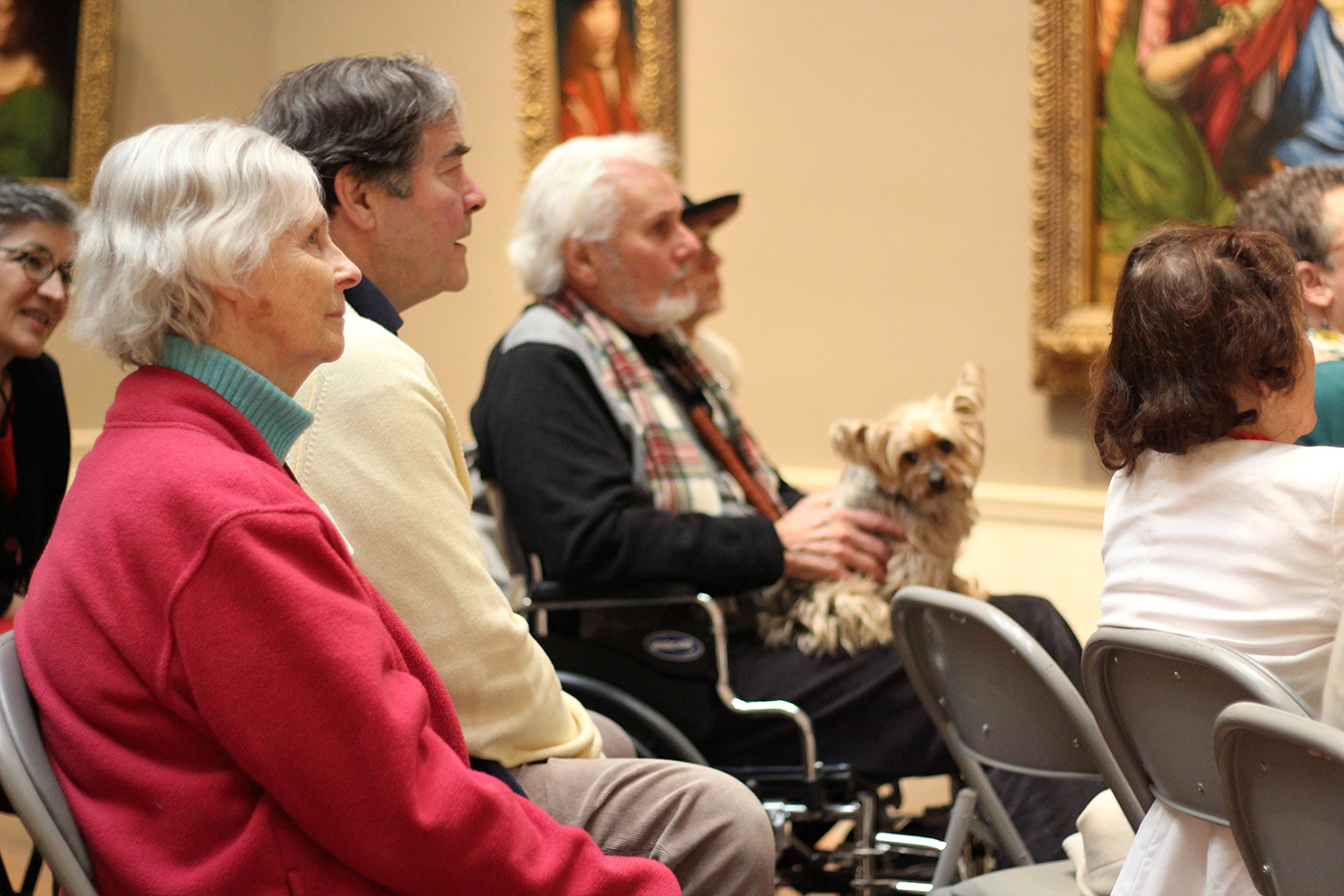 Marie Fanning (left) sits next to her husband, Bill, during the Just Us program at the National Gallery of Art in Washington, D.C., on March 5. Marie, who has Alzheimer’s disease, and Bill are regular attendees at the program. (Lynne Shallcross/KHN)

Across the country, community groups, hospitals, government agencies and nonprofits are doing more to support at least some of the estimated 42 million people who are the primary caregivers of adults and children who have disabilities, are recovering from surgeries and illnesses or are coping with Alzheimer’s and other chronic diseases. The National Gallery’s program is part of the trend focusing on the health, well-being and education of caregivers.

“We know that involvement with art improves well-being. In our own research for persons with dementia, we see a reduction in apathy. For caregivers, we see less isolation and a reduction in stress,” said Carolyn Halpin-Healy, executive director of the Arts & Minds program for caregivers and patients at the Metropolitan Museum of Art in New York.

She co-founded the program with Columbia University neurologist James Noble in 2010 at the Harlem Studio Museum in New York. The Just Us program in Washington is a spinoff of that program. Other museums in New York and Dubuque, Iowa, have similar programs.