It’s Saturday morning and the women of the Contreras family are busy in Montclair, Calif., making pupusas, tamales and tacos. They’re working to replace the income of José Contreras, who has been held since last June at Southern California’s Adelanto ICE Processing Center, a privately run immigration detention center.

José’s daughter, Giselle, drives around in an aging minivan collecting food orders. First a hospital, then a car wash, then a local bank.

Giselle’s father crossed illegally from Guatemala more than two decades ago. He worked in construction until agents picked him up and brought him to Adelanto. José languished there for three months without his diabetes medication, Giselle said. Now, she said, the guards give it to him at odd times during the day and night. And ICE agents took his eyeglasses so he can’t read legal documents or write letters, she said.

“My aunt tried to take in glasses for him, but they don’t allow for us to give them anything,” Giselle said, steering the minivan. “They tell us that they give them everything they need.” But as to reclaiming his glasses, “No. … He doesn’t have glasses.”

Giselle said that her 60-year-old father is terrified of being deported, and that the regimented world inside Adelanto is driving him into a deep depression.

“His conversations now have become shorter,” she said. “He doesn’t talk to us and ask, ‘How’s your day? How you been?’ He’s always looking down at the ground; he doesn’t want to make eye contact for the same reason that he’s so depressed.”

GEO Group, a for-profit company based in Boca Raton, Fla., that runs private prisons — has a troubled past. During an unannounced visit last year, federal inspectors from the Department of Homeland Security’s Office of the Inspector General found “nooses” made out of bed sheets in 15 out of 20 cells. The inspectors found guards overlooked the nooses even though a detainee had committed suicide using a bedsheet in 2017 and several others had attempted suicide using a similar method. The government audit concluded GEO Group guards improperly handcuffed and shackled detainees, unnecessarily placed detainees in solitary confinement and failed to provide adequate medical care. 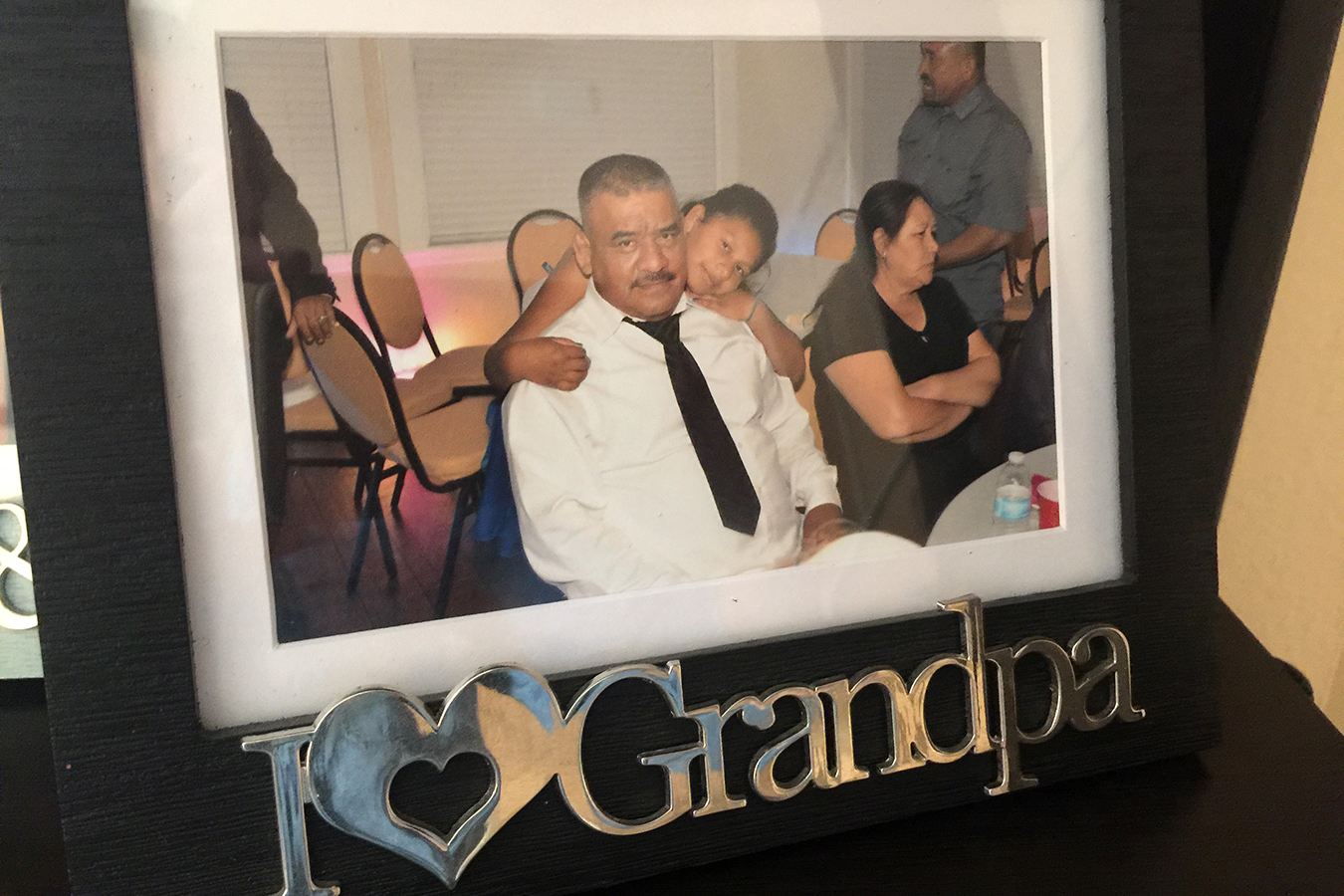 A family photo of José Contreras. His daughter worries his physical and mental health have deteriorated during his months in detention.(Sarah Varney/KHN)

A separate investigation of Adelanto and other immigration detention facilities in California released in February by California Attorney General Xavier Becerra found similar health and safety problems and concluded that detainees were treated like prisoners, some kept in their cells for 22 hours a day, even though they have not been charged with a crime. A state law passed in 2017 directs the state to inspect and report on the treatment of immigrant detainees held in California.

The alleged cases documented in the most recent report by Disability Rights California, a watchdog group with legal oversight to protect people with disabilities in the Golden State, are grim: detainees slitting their wrists; discontinued medication for depression; and ignored requests for wheelchairs and walkers. At least one detainee claimed that guards pepper-sprayed him when he did not stand up, and a second time while he tried to hang himself.

In a written statement, the GEO Group said it “strongly disputes the claims” in the report, and that the remedies recommended by Disability Rights California “were already in place.”

“We are deeply committed,” the company said, “to delivering high-quality, culturally responsive services in safe and humane environments.” An ICE spokesperson said, in an emailed statement, that the GEO Group’s Adelanto facility is in “full compliance with the Americans with Disabilities Act.”

But Mario, who was inside Adelanto for six months in 2018, said the report describes his own experiences there.

“What’s happening is all those claims that have been made against GEO and the staff in the medical department are finally being backed up by reports,” Mario said.

He requested his last name be withheld because he’s out on bond and still fighting deportation. Mario is now 32; he crossed the border illegally with his parents when he was 5.

In 2017, he was convicted of a misdemeanor and ICE agents picked him up at his home in Ontario, Calif. At the time, Mario was seeing a therapist for depression and taking medication. It took three weeks to get back on antidepressants, he said, and the sessions with the psychologists at Adelanto were only cursory.

“They keep their actual sessions to five to 10 minutes,” he said. “It’s basically like a quick check-in. They just ask you, ‘How are you? Do you have any suicidal thoughts? When is your next court date?’ It’s one of those things that I feel is basically done just to say, ‘All right, we did it.’”

Mario is gay and lived in a room with three other men, including a gay man from Mexico who was seeking asylum. The two became close friends.

“He was persecuted in Mexico because of being gay,” Mario said. Months of detention “and not getting any mental health care really took a toll on him. And that’s when he cut himself. He cut his wrist with a razor blade that we get to shave. And after that he was placed in solitary confinement for about a week.” 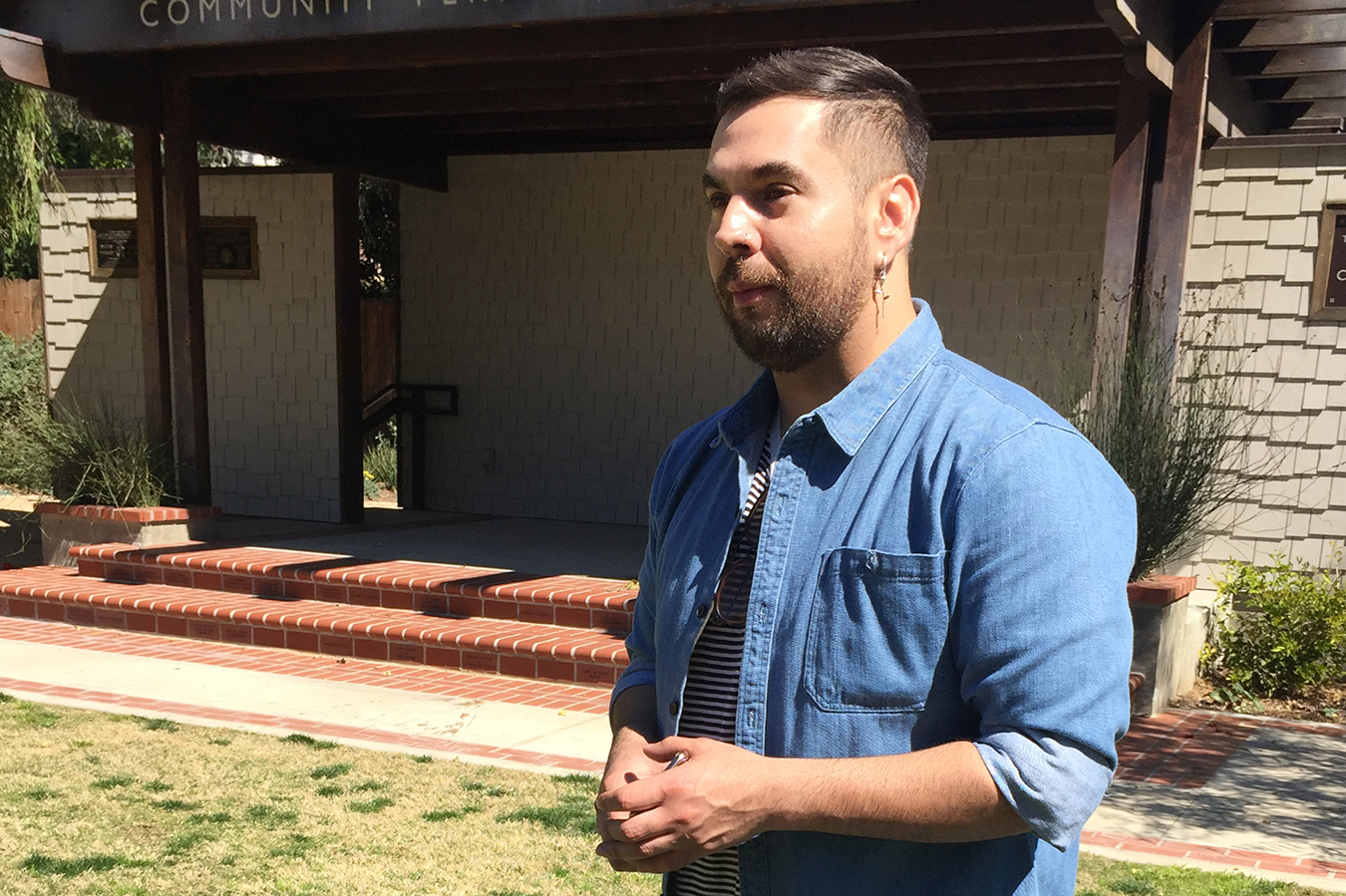 Mario, who has been in the U.S. since age 5, spent six months in Adelanto in 2018. He says he witnessed and experienced the cursory care for mental health conditions documented in recent reports about Adelanto.(Sarah Varney/KHN)

Mario said when his friend came back to their room, he was taking some sort of medication.

Other detainees and immigration lawyers described a similar pattern, of GEO psychiatrists prescribing antipsychotic medications that make people sleep much of the time. It’s one of the reasons people were reluctant to seek help, Mario said. But also, like other detainees, he was worried about being labeled as depressed.

“I couldn’t express whenever I was feeling extremely sad or depressed or anxious because I was afraid that would be used against me in court,” he explained.

Judges cannot use mental health conditions to deny legal status to a detainee, according to immigration attorneys.

Although the GEO Group said any problems detailed in the Disability Rights California report had long been addressed, last month detainees in Adelanto staged a hunger strike. The detainees gave an attorney a handwritten note, which was released by the Inland Coalition for Immigrant Justice, an advocacy group.

Chief among their demands was speedier access to good medical care.